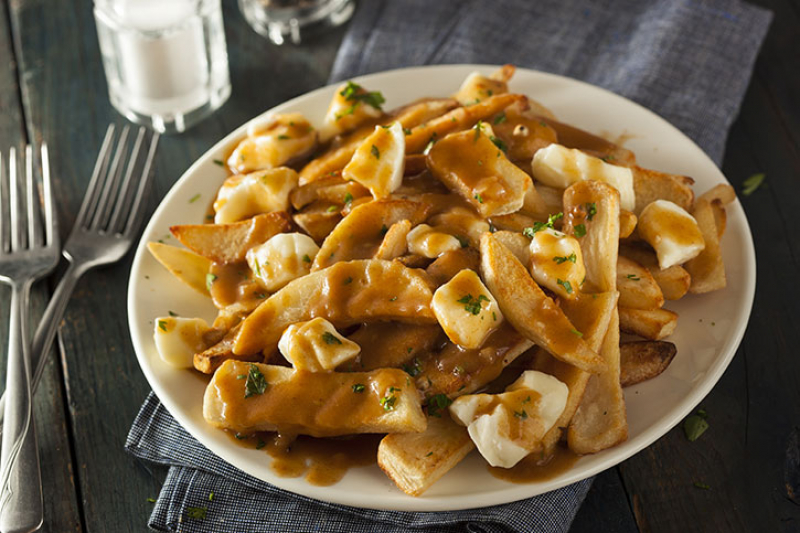 Poutine from the The Doctor’s Office

I am talking Poutine and Hockey.
They both came from rinks.

I was born in Canada and lived there a good chunk of my life.
That means that I can say outrageous things about Canada and get away with it.
It is like being Donald Trump. I can’t be held accountable for what I say.

Poutine is basically French fries and gravy. The curd part is a variation from rural Quebec where they did not know how to get rid of curds.

Fries-n-gravy was a Canadian staple. It was hot and cheap and could be prepared anywhere there was an old stove. It was cold a lot so we didn’t need much in the way of refrigeration.

We all know Canucks are crazy for hockey. As kids growing up we spent hours every day in hockey rinks. When we weren’t playing on the ice we were playing in the corners with pop cans and tennis balls.
We lived in rinks.
We smelled like rinks.
Grownups called us “rink rats”.

These rinks were nothing like the Lightning palaces that Americans attend to watch NHL games.
These rinks were just big frozen tin cans. Some had outside toilets. They didn’t stink until they thawed out in the spring.

Every rink had a “canteen. The “canteen” in the rink consisted of an old stove and a kettle.
The kettle was for tea. Canadians love tea. They love drinking tea while watching hockey.

The stove was for poutine. It generally had an oven and one or two working burners on top.
The fries were dumped on a sheet tray and cooked in the oven.
The gravy was generally Franco-American Beef Gravy that was heated in a pot on top of the stove.
One of the rink ladies scooped the oven fries into a paper cup and slopped some of the gravy on top. And that was poutine.

Fries-n-gravy was a big chunk of the menu for high school kids.
Across from my high school, St Patrick’s High School, (Catlick), there was a greasy spoon diner that sold a ton of “fries-n-gravy”.
Marie and Flo presided over the lunch counter.
One day my buddy found a hair in his “fries-and-gravy”.
He lifted the guilty specimen from his plate and announced to Flo that he had found a hair in his fries.
Flo plucked the gravied tendril from his fork, studied it, and proclaimed…
“It ain’t mine. Must be Marie’s”.

I used to marvel that the poutine served to me in rinks and honored by Marie with selections from under her hair net could be treated with such gravitas by foodies.
I came to realize that I am grateful for fries-n-gravy.
I could not have survived my misspent youth in rinks and high school without it.

My chef staff and I determined to express that gratitude by creating a helluva poutine for Eat Here.
We needed a phenomenal gravy. Our favorite light bulb went on…Foie Gras.

The best demis and gravies in New Orleans are called “debris” demis because they have bits of debris from the braising pan floating in the gravy. In our Eat Here version the debris is chunks of our pot roast and pieces of Foie Gras.
Because nobody really likes curds we garnish with an aged parmesan.
And that is how you make a helluva poutine.

When I was a snotty-nosed kid clunking around the rink in my rubber boots – hockey stick in one hand and a cup of poutine in the other – I never woulda guessed.