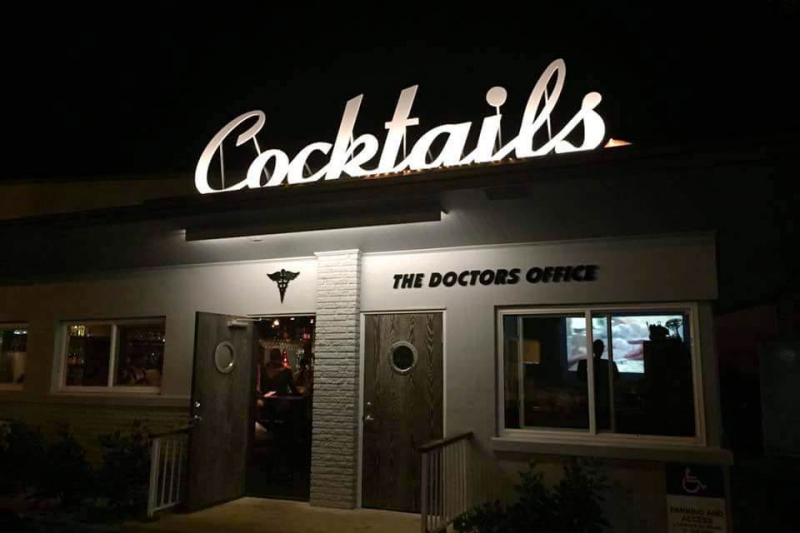 I chose not to have musicians play in my restaurants.

Patrons gather at our tables for memorable conversation over great food.

Live musicians are not generally compatible with that formula.

Louder and more intrusive music might be just the thing when two people are having a bad date and don’t want to talk to each other.

But if the conversation is to be memorable and even celebratory then live musicians are a distraction. If they are loud enough the diners raise their voices to hear each other and the next thing you know you have a room full of people yelling at each other.

If you want to decrease the noise level in a noisy room turn down the music and the lights.
Sometimes I get cruel with the lights.

I turn down the lights in the Bistro Bar very suddenly and watch the bar folk clutch at their chests.

Sometimes running restaurants can be fun.

I love Chuck and Howie when they play on the beach and when Gene Aubrey plays anywhere.

The Bistro team loves it when Brian Johnson and Steven Stills and Graeme Edge come to dinner.

It is tough making a living as a musician.

A musician needs to believe that eventually they will “make it.”

They must chase gigs relentlessly.

Once a musician knows you have a restaurant they assume they should play in it and will harass you for the opportunity.

When my children were in grade school they would regularly come home with cassettes they had been given by their teachers who were in a band.

“Tell your dad if he hires me you get an A.”

My kids got A’s anyway.

Musicians accost me regularly in grocery stores and while pumping gas.

Other restaurant owners are familiar with stalking musicians.
They tell cruel musician jokes.

How can you tell the perfect musician? He can hit the dumpster with his instrument on the first toss every time.

What do you call a building full of musicians? Jail

The jokes are unkind really. There are more – not as many as lawyer jokes but a bunch.

Once you hire a musician it’s tough to say good-bye to them.

I was dumb enough to open a restaurant in Sarasota that had a bar upstairs.

I noticed that as the musician began to sing that people left the bar.

I told him I was cancelling his gig for the next evening.

His response… “I can’t believe you are cancelling me tomorrow. I had a big crowd coming from my AA group.”

His AA group. Maybe he didn’t notice it was a bar.

I knew another musician that played beautiful jazz piano.

He huddled over the keys and was oblivious to the world around him.

It was a dead night. There were two people in the bar. He said, “Boy it’s a good thing I am playing tonight or you wouldn’t have anybody in here.”

The baby grand he used to play is in the middle of the Doctor’s Office.

It makes a great four-top.

We tried a quieter American song book style entertainment for the bar.

I loved it but the bar crowd was too boisterous to hear it.

Happier people come to a bar to celebrate their new loves not to contemplate their old ones.

We do have entertainment once a month at the Doctor’s Office. Henry Lawrence sings the first Thursday of every month. Henry’s deep-throated, Lou Rawls style of blues carries well in a bar and Henry carries the crowd to a happier place.

He does a lot of work with young people in his Palmetto community and at one time he even ran for Congress.

Henry played football for the Oakland Raiders and he has three Super Bowl rings.

Now musicians come to me.

They say, “Henry Lawrence plays in your bar.

I say…“That depends… How many Super Bowl rings do you have?”

Be kind to a musician for me.

Take one out for lunch.