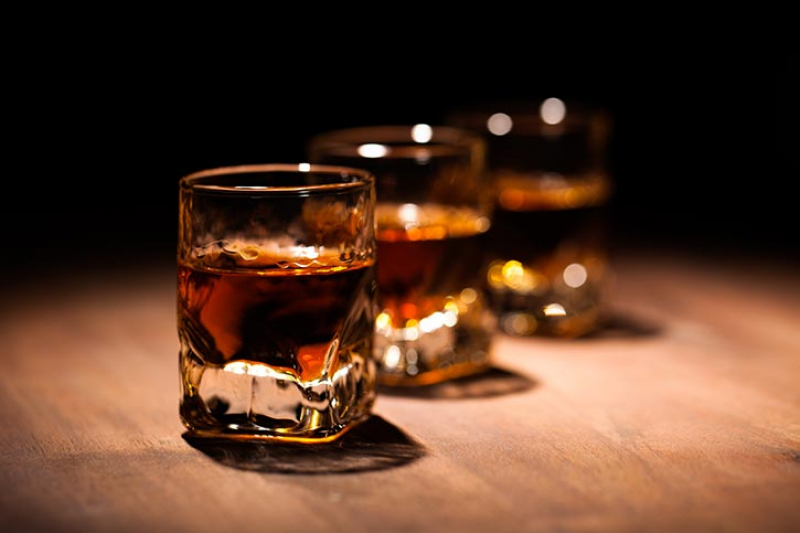 The British navy ran on rum.

Winston Churchill was at one time the First Lord of the Admiralty.

When asked to make a toast to the “Great Traditions of the British Navy”, Churchill scowled and toasted “To rum, ……., and the lash”. (Ask me about the second one when you see me.)

It was mixed with lime as a precaution against scurvy and with water as a hedge against mutiny.

While Sir Francis Drake was scouring the Caribbean coast looking for stuff to steal he was sitting on the afterdeck sipping a cocktail named after him – the “Draque” – rum, lime, and sugar – a Daiquiri.

The rum that Drake was drinking was probably Cachaca – a Brazilian rum made from sugar cane. When the British learned they could make rum from sugar cane they began to ship slaves to the Caribbean to grow the cane. The rum was cheaper than Dutch gin or French brandy and the trade in rum and slaves took off.

Rum sowed the seeds of rebellion in the North American colonies. By the mid-1700’s America had hundreds of distilleries making rum from molasses and competing with British distillers. The Brits did not like the competition and decided to tax the colonies’ sugar and molasses.

The American colonists began grumbling about the taxes over their rum punches. The rum enthused them to toss a bunch of tea into the harbor and we were off to the races.

During the American Revolution, British Navy Rum was passing through Nova Scotia in big barrels.

The barrels were sold as “almost empty” to the Nova Scotians. The barrels held dregs and drippings and rum that had soaked into the oak and pine.

The Noveys poured in a couple of gallons of hot water and rolled the barrels up and down the hills to dilute the dregs and soak up the rum from the wood.

The name Screech pretty much says it all.

I had buddy who drank a boatload of Screech on a Saturday, woke up on Tuesday and could not hear until Thursday. We had to talk him out of joining the priesthood.

When the British army got kicked out of Boston it went to Nova Scotia. Then it left again to link up with Cornwallis to attack New York. When the army left the Nova Scotians rose up and attacked a British fort.

Two war canoes loaded with gunpowder were sent from Maine to help.

The Mainiacs in one of the canoes got into the rum and didn’t make it. The Nova Scotians ran out of powder, the uprising failed, and the Noveys went back to their Swish.

Churchill’s was known to nip a little rum himself. It helped with his oratory. He was the greatest orator in modern history. To be fair, McCain looked good last week.

My favorite Churchill story treats of his opposition to the “appeasers”, the financial elite and fascists in Britain who wanted to make a truce with Hitler.

Lady Astor was a leading appeaser.

In the House of Commons Churchill attacked Lady Astor and her appeaser friends.

Lady Astor was not pleased.

That night Churchill was her guest at dinner at Astor House.

When she poured Churchill’s coffee she said to him, “Winston, if you were my husband, I would put poison in your coffee.”

Churchill replied, “Lady Astor, if you were my wife, I would drink it.”

The coffee would have been better with a little rum.