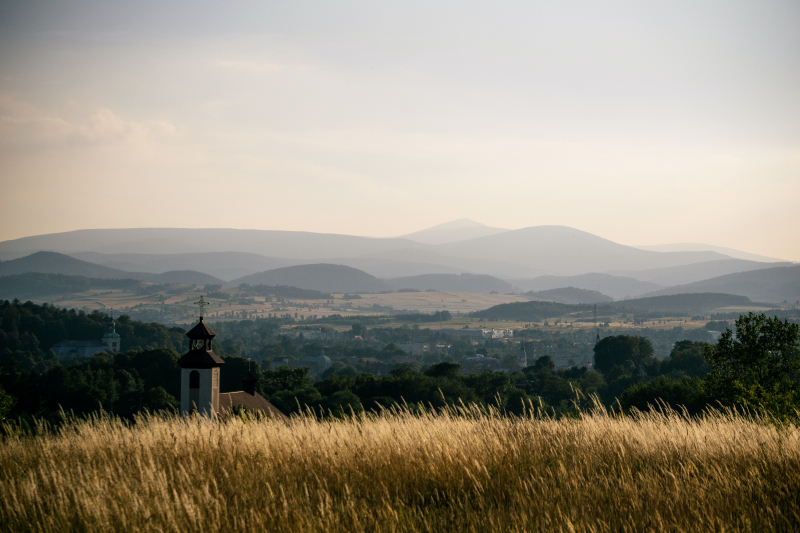 “Farm to Table” is a fable whose time has passed. My Uncle George made “farm to church” much more interesting.

Uncle George was the closest thing I had to a Grandfather.

He was my favorite uncle by far. After the Bistro was open only a couple of years George decided he should drive the old motor home down from Nova Scotia and hang out and make sure I was running everything right.

That New Year’s Eve George worked the Caesar salad station. He made over a hundred Caesar salads. He was ninety-two at the time.

My best time with Uncle George was the summer after first grade.

Uncle George made me his partner in “the farm”.

“The farm” was a thinly disguised scheme to drive his suburban neighbors to madness. He took his “normal” house with a “normal” front lawn – grass, shrubs and flower beds – and covered it all with horse poop and planted it with rows of blueberry bushes. The blueberries became Uncle George’s infamous blueberry wine  – a dark tale for another day.

George swore by horse poop for blueberries. Everyone agreed that it gave a distinctive “terroir” character to the wine.

After tearing up the yard and planting the farm George erected a big satellite dish in the middle of the blueberries. The dish was ten feet across and was attached to a forty foot radio antenna. This was the late fifties and the cold war was raging and George decided he should to talk to the Russians on his radio.

This was before Trump.

Back then hardly anyone was talking to the Russians.

Being George’s partner in “the farm” was my first job. The “work” seemed a lot like what I had heretofore had called “play”.

In the morning we would rake horse poop for a while and then George would decide we should take a “7-up break”.

Uncle George owned the 7-up distributorship. We kids thought he owned 7up.

We drank a boatload of 7-up.

Uncle George’s 7up was generally more of an amber color.

Once we stopped for the first 7up break that was pretty much it for the workday. Uncle George would decide we needed to get a bunch of lobsters or talk to the Russians or go see a guy about a boat and we were off.

We were Catholics. Us Catholic kids had to go church every Sunday morning.

I asked Uncle George why we Catholics always had to go to church every Sunday.

He said it was one of “the Six Miserable Mysteries”.

He claimed that the other five were his sisters.

After 7up breakfast and shoveling a little poop we would get ready for church.

George owned a dozen tailor made suits from London and New York that I never saw outside of his closet.

The Church near our cove was very small.

We always arrived for mass a few minutes late.

George would “kalump” into the little church in his big rubber boots.

He would “kalump” to “His Seat” in the front pew next to the center aisle, take a measured look around at his relatives and neighbors, glare back at the priest, and then sit, cross his legs, and snap open his newspaper.

Later he got up, folded his paper and “kalumped” up and down the aisles, taking collection and then “kalumped” out the door.

I don’t go to church as often as I should.

It is not as much fun without Uncle George.

Sean Murphy is the Head Coach of the incredibly talented team that runs the Beach Bistro, it’s little sister Eat Here, and their new craft cocktail bar, The Doctors Office. Some of his articles can be found on the Bistro’s web-site, www.beachbistro.com